Identification of novel biomarkers for antiepileptogenesis 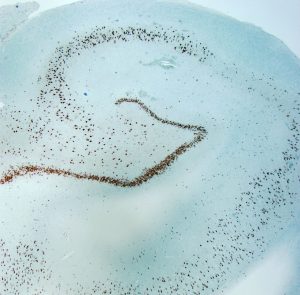 Biomarkers are objective measures of biological processes that can be determined and evaluated to analyze normal biological processes, disease processes or responses to therapeutic interventions. For epilepsy research, such biomarkers would be useful to supervise the progression of epilepsy and to identify patients who have a higher likelihood of developing seizures (for example after a head trauma). In the end, biomarkers could open up the possibility to retard the epileptogenic process, for example by pharmacological treatments. Our current goal is to find biomarkers that can be determined in blood samples, which reflect biomarkers found in brain tissue. Collaboration with Susanne Schoch. 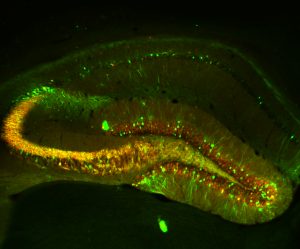 Temporal lobe epilepsy (TLE) is a common and severe, often therapy-refractory seizure disorder. The underlying mechanisms during its etiopathogenesis, referred to as epileptogenesis, are however poorly understood. Recently, we have discovered that transcriptional activation of the T-type Ca2+ channel subunit CaV3.2 plays a critical role in the pilocarpine-SE model of epileptogenesis, an animal model that mimics the acquirement of TLE in humans. Within 2-3 days after SE, a transcriptional upregulation of CaV3.2 in the CA1 of the hippocampus was observed. The rise in CaV3.2 expression levels was accompanied by a 3-fold increase of T-type calcium currents and an increased propensity to a burst firing-mode. CaV3.2 knockout (CaV3.2-/-) mice after pilocarpine-induced SE, lack this cascade and show attenuated chronic seizure activity and hippocampal damage. Unfortunately, specific pharmacological blockers for CaV3.2 are not available yet. This aspect stresses the importance to understand in detail transcriptional control mechanisms of CaV3.2 in order to potentially interfere with the upregulation of the channel after SE. Our main focus is to identify the molecular signaling cascades involved in CaV3.2 transcriptional regulation. To this end, we use cell-based assays to identify the transcriptional cascades involved in CaV3.2 regulation. In addition, we use the pilocarpine model of epileptogenesis, combined with adeno-associated viral (AAVs) approaches to analyze the signaling cascades in vivo. By applying such a combination of molecular, biochemical and behavioral experiments, we expect to improve our understanding of the CaV3.2 transcriptional mechanisms in epileptogenesis, which can be used to develop new strategies for pharmacological intervention in TLE pathogenesis, including the design of gene/pathway-specific drugs. 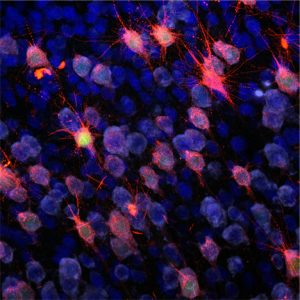 Glioneuronal lesions can be devided into focal cortical malformations or epilepsy associated tumors, both occur early in embryonic development and till now there is no cure to these conditions. The most prominent examples for focal cortical malformations are Tuberous Sclerosis (TSC) or Focal Cortical Dysplasias. They are characterized by defects in cortial organization and architecture, aberrant proliferation and differentiation as well as intractable epilepsy and mental retardation. On the other hand, gangliogliomas are the most common epilepsy associated tumors in pharmacoresistant patients with focal epilepsies. They are composed of dysplastic neurons and proliferative, neoplastic glial cells. The molecular basis of these severe disordes is still not understood and elucidating it is one of the primary goals in this lab. 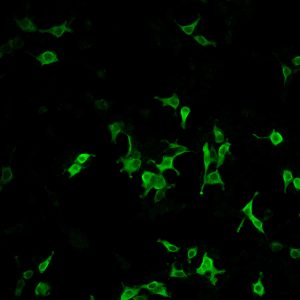 Epilepsy is one of the most common primary brain disorders. In many patients the cause of epilepsy is still enigmatic. In recent years limbic encephalitis (LE) has been diagnosed in a significantly increased number of patients. Whereas paraneoplastic LE is since many years a well-known disease, affecting patients with a peripheral tumor, nonparaneoplastic LE represents a recently identified syndrome, which preferentially affects healthy adults. Clinically, patients with nonparaneoplastic LE present frequently with sudden onset of temporal lobe epilepsy accompanied by a serious impairment of their episodic memory. The syndrome is characterized by antibodies against neuronal antigens. However, little is known about the etiopathogenesis of this syndrome. Our main focus is to analyze a putative role of neurotrophic viral infections in the context of nonparaneoplastic LE and other focal epilepsy syndromes as well as the identification of novel autoantibodies and their neuronal targets.